Thank you for faithfully reading my stories on this blog since January of 2018. I am happy to announce that I have established an author website at www.kimpatton.com . I will continue publishing monthly blog posts, as well as information regarding upcoming books. You can sign up to stay in touch via email here .  All my best!  Kim Patton
Post a Comment
Read more

The Divine Grief of Mary 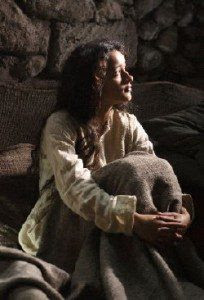 It’s been said that being a mother is like living your life with your heart outside of your body, walking around. When motherhood began for me at the tender age of 15, I didn’t know my heart very well, let alone the treacherous path of parenting I would lead.        When the angel Gabriel appeared to me, I shuddered at the sight of his piercing eyes and voice solid like the trunk of the tree against my back.        “Mary… Do not be afraid for you have found favor with God” (Luke 1:30).        My hands shook wildly, and my breath caught in my throat as he told me what would come to be.        “You will conceive and give birth to a son. He will be great and will be given the throne of David.”        When I gently questioned his statement, I heard the rush of his wings reacting and his voice strengthened.        “Mary. Nothing is impossible with God…”        I heard the words but held them delicately in my hands, like a gift I didn’t kno
4 comments
Read more

I watch as the 19-year-old slowly opens his notebook to read his poem to ten strangers, daring the possibility of critique. He is new. I have only seen him twice before. As his lips move, his heart speaks one turn of a phrase after another, the rhythm of the piece never ceasing to touch a depth that we all, his readers, feel. I hear his words but dig around for their meaning that goes beyond surface definition.        We are a Writer’s Group that meets twice each month to chisel each other’s talents, encouraging the labor-intensive process that comes with our common goal of becoming better writers. We have all set other things in our lives aside to focus on the task of putting words on paper and then reading them aloud, releasing the white doves into the expansive sky.        The new kid reads, and his art unfolds like a vulnerable flower, and we gently touch its petals. We take in the color, the brightness of its youth, the fragility of its velvet edges.
2 comments
Read more

Book Release: A Cub Among Bears 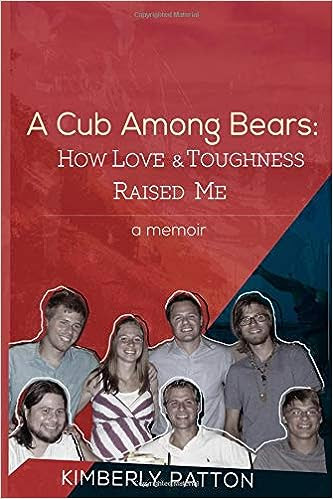 In 2016, I was moving into a house for the first time, adjusting to a new job and getting used to Florida life. But something else was nagging at me, pulling loose threads in my mind and I just couldn’t let it go. My childhood memories burst through my mind, demanding to be written down.        I started scrawling in a red journal, and as soon as I pressed pen to paper, I didn’t stop for months. I wrote about my little brother and I playing with mud in the woods. I wrote about what it was like to watch my older brothers wrestle in tournaments. I wrote about my dad protecting me, my mom teaching me.        Soon I felt seven years old again, reliving memories about the swing in my backyard. I felt fifteen years old when remembering my high school. Writing became a form of therapy by rehashing a former life. My senses flooded with smells and tastes and noises as if I had experienced it that day and was just sitting down to write about it. I wrote with joy, most of the time.
Post a Comment
Read more

Over-easy or Overdone? Humor from a Short Order “Cook” 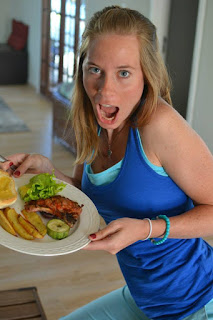 The first thing I ever cooked for Kevin was two over-easy eggs. I grew up on those delicious sun drops of rich, yellow yolk oozing onto the plate. I would quickly dip my toast into the rivers before they ran cold. As I served him the eggs and toast on a worn green plate, Kevin should have known that my cooking ability was pretty limited.         Thank goodness that even though he didn’t love the eggs, he somehow knew he wasn't marrying me for my kitchen skills. During all the weird meals I have cooked for us, he is the first one to laugh alongside me and never insult my “special struggle.”        I think I knew how to cook five things when I got married. 1.    Ramen Noodles 2.    Eggs (All varieties! Scrambled, over-easy, omelet-if I am lucky to flip it right) 3.    Macaroni and Cheese from the box 4.    Bagel/egg/ham sandwich 5.    Ummm…. I knew how to ground beef in a pan        So like the naïve little new wife I was, I began to make dinner on the
10 comments
Read more 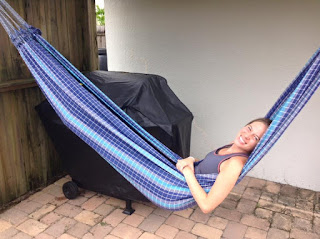 I like lists that dole out instructions like a recipe that I can follow. I am often clicking on, “10 ways to decorate your house on a budget” or “5 delicious dinners with four ingredients or fewer.” It’s exciting to know that I can accomplish something if I follow the list. However, as much as I wish it were, this is not a representative of real life.        Real life takes so much more energy, so much more depth of being, so many more emotions than a simple list can provide. A list-life would be easier, but it would be a robot life; manufactured and stale.        Living soulfully requires our constant attention. Our moments are so fragile that we feel the desperate need to fill them wisely. I am so hard on myself because I am trying to squeeze meaning out of every single second. It can be exhausting. But as I have been thinking about my struggle with anxiety, there is a list of coping tools that come to mind.        First, I have to mention that Brené Brown is a t
Post a Comment
Read more 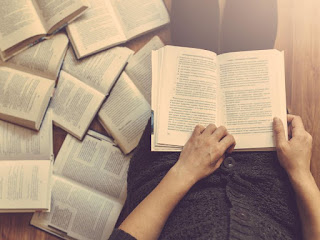 I have never dabbled in drugs. The closest I have ever gotten to feeling high is when I got my wisdom teeth removed when I was 17 years old. I lay in the dentist chair and they fastened a plastic mask around my mouth while my right arm was outstretched. They were trying to find a vein and the laughing gas kicked in while they searched. They thought I would be knocked out in five seconds, but I enjoyed my legal drug for a full, glorious minute.        As the gas seeped up my nose in a cool wind, I heard the nurse laugh nervously and say, “Well, Kimberly, we are having a little trouble finding a vein here.”        The needle fished around in my arm but I was busy spinning in mental circles above the dentist chair, flying on an invisible cloud. My lips spread wide and my stomach clenched as I tried to hold in laughter. I spun, spun, spun closer to the lights above until I heard a click and then fell into a deep sleep. My “high” was very short lived.        In church when I was g
Post a Comment
Read more
More posts

Visit profile
Check out my Amazon Book! A Cub Among Bears: How Love and Toughness Raised Me

Thank you for faithfully reading my stories on this blog since January of 2018. I am happy to announce that I have established an author website at www.kimpatton.com . I will continue publishing monthly blog posts, as well as information regarding upcoming books. You can sign up to stay in touch via email here .  All my best!  Kim Patton
Read more 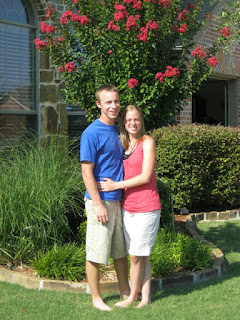 I walked briskly past Kevin’s home office toward my office, noticing his head down on the desk. The ceiling light blared loudly, bouncing rays off his green striped polo. His head is usually upright, eyes focused intently on his computer as he works. I paused in worry but continued to finish what I was doing. I thought to myself, “Maybe he is just tired.” These last few weeks had scraped painfully by, filled with financial stress, 40-50 hour work weeks for both of us, and heavy discussions on emotional situations in both of our lives. My husband and I were both worn out, and then on top of all of that, his dissertation loomed dark and scary in the background of our minds. His love for the ancient Greek language and its grammar was born in high school and fleshed out in college. He pursued education to the next level, earning accolades along the way. He tacked on Masters degrees to his growing academic resume, finishing with a Master’s of Divinity. In 2011, he was accepted into S
Read more